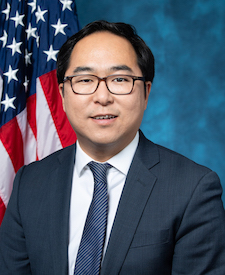 In context, a Private First Class, E-3, with two years of service makes $272 a drill period each month. While this servicemember is required to maintain the same parachute jump requirements as their active duty counterpart; however, is only entitled to $12
versus $150 additional monthly compensation. This comes to an annual difference of over $1600. Furthermore, members of our National Guard and Reserve play a vital role in protecting the nation and their communities. In fact, since 2001, Guard and Reserve utilization
rates (including deployments) have skyrocketed twenty-two-fold.

Our legislation would allow Guard and Reserve members to be awarded HDIP at the same rate as their active-duty counterparts and can help increase retention in hazard duty fields critical to the readiness of all our Armed Forces.

Support our Guard and Reserve!

Cosponsor the Cardiomyopathy Health Education, Awareness, Research, and Training in the Schools (HEARTS) Act of 2020

Join the Fight Against Heart Disease!