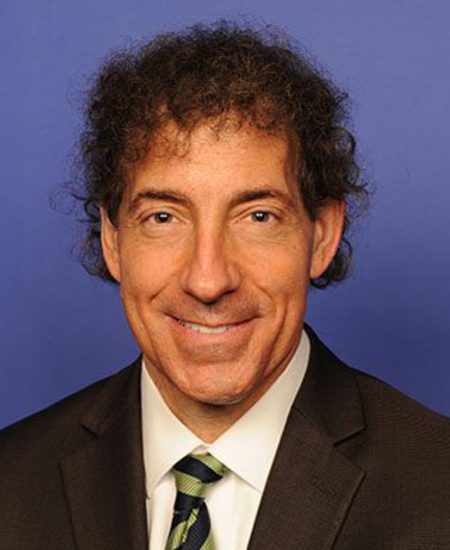 Please join me in opposing a recently proposed rule by the Equal Employment Opportunity Commission (EEOC) that would make it more difficult for federal workers to obtain effective representation if they need to go through the employment
discrimination complaint process.

The proposed rule would undermine the rights of federal employees by changing a longstanding regulation granting a “reasonable amount of official time” to all federal employees who act as representatives for their colleagues in preparing a discrimination
complaint and responding to related agency requests for information.[1]

The EEOC proposes to create an exception to this rule, excluding from the official time requirement representatives who serve as an “officer, steward, or otherwise in an official capacity in a labor organization” in preparation of EEOC discrimination complaints.[2]

This proposed rule is yet another assault by the Trump administration on our federal workforce, civil servants, unions, and labor protection laws. It undermines the rights of federal workers to a fair equal employment opportunity process and harms the overall
mission of the EEOC. Federal employees should be able to continue to choose the representatives they prefer, and that choice should continue to include their union representative.

Please join me in sending a comment letter to the EEOC expressing our strong opposition to this proposed rule.
To sign on to this letter, please complete this form by COB Thursday, February 6th.
For questions, please contact Martha Sanchez of my staff at Martha.Sanchez@mail.house.gov.

We write to express our strong opposition to the proposed rule, “Official Time in Federal Sector Cases before the Commission, RIN No. 3046-AB00.”

Under longstanding regulations, federal agencies are required to grant a “reasonable amount of official time” to all representatives when they assist coworkers in the process of preparing complaints of employment discrimination and responding to agency requests
for information.[1]  The proposed rule would create an exception, excluding from the official time requirement representatives who serve as an “officer, steward, or otherwise in an official capacity in a labor
organization.”[2]

The proposed rule would undermine the rights of federal employees and harm the mission of the Equal Employment Opportunity Commission (EEOC) and the equal employment opportunity process.

First, the proposed rule would undermine the right of federal employees “to be accompanied, represented, and advised by a representative of complainant’s choice.”[3]

Second, the proposed rule undermines the efficiency and effectiveness of the equal employment opportunity process.

Over the past 40 years, complainants have often chosen co-workers who serve in an official capacity with the union to represent them in the employment discrimination complaint process.  These representatives are federal workers who volunteer to serve with
the union.

Through their repeated experience with the equal employment opportunity process, union representatives gain helpful knowledge.  They understand the technical details of the complaint process — the timelines, particular requirements and protocols.  They
share that knowledge with the complainant, for whom the complaint process is new and unfamiliar.  As a result, complainants can make more effective use of the process that Congress authorized and the EEOC administers when they receive representation from union
representatives.

The proposed rule, because it would deny the official time requirement for union representatives, would also deny the experience and expertise that union representatives offer to discrimination complainants.  The loss of their experience and expertise will
negatively affect the equal employment opportunity process, which will become less efficient and effective as a result.

Third, the proposed rule undermines the mission of the EEOC.  The proposed rule  would increase both the number of complainants who lack adequate representation, and the financial costs to complainants, who may feel it necessary to hire private counsel to
replace the union representation that they received under current rules.  Both consequences undermine the mission of the EEOC.