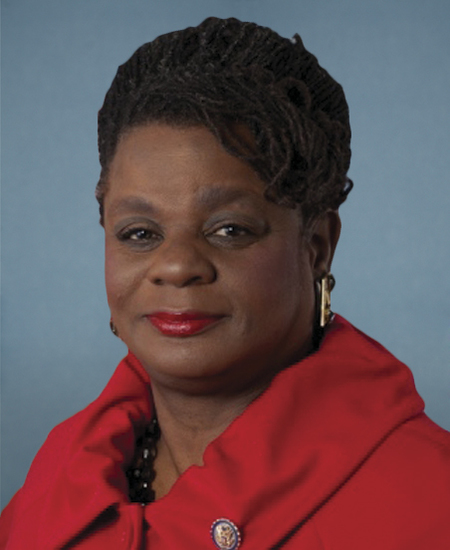 Endorsed by the Military Officers Association of America (MOAA), the Association of the United States Army (AUSA), and the National Black Veterans Coalition

I urge you to cosponsor bipartisan and bicameral legislation (H.R. 3138) I have  introduced, along with Congressman Steve Watkins, to award a Congressional Gold Medal to the heroic women of the 6888 Central Postal Directory Battalion (a.k.a. the “Six Triple
Eight”), the only African American Women’s Army Corps Battalion deployed overseas during World War II.

The Six Triple Eight served in England and France. They were deployed to help clear a massive backlog of mail to service members.  Before the days of email and cell phones, overseas personnel depended on mail for news from home. However, the warehouses in
Europe storing the mail were filled with disheveled letters, often poorly addressed, with rats eating items from packages intended for those serving their country.  As noted by the

Military Officers Association of America, “those of us who have served overseas or far from home know all too well the importance of mail and staying connected with our loved ones. While phones and computers dominate connectivity options today, back in
WWII, the only way to stay connected was through mail…”  With the motto “No Mail, Low Morale,” the Six Triple Eight cleared about 18 million pieces of mail for Americans in the European Theater of Operations in less than six months.

They faced hazards both during their trip and during their deployment in Europe.  They encountered life threatening German U-boats and were greeted by Buzz Bombs upon their arrival to England. They worked in austere, wartime conditions, and even during bombings
in London,  Three died in France and are buried at Normandy.  After nearly  75 years without any formal recognition from our Defense Department, the Secretary of the Army finally awarded the Six Triple Eight the Meritorious Unit Commendation in recognition
of their service to their country.

The 855 women who served with the Six Triple Eight came from throughout the United States with many of them having to enlist in recruiting stations in the north, due to Jim Crow segregation laws.

As noted by the Association of the United States Army in a recent
letter, “with just seven known Six  Triple Eight veterans still alive today, ages 95-99, now is the time for Congress to recognize these heroes and celebrate their bravery and service.”

For questions or to cosponsor this bill, please contact Chris Goldson of my staff at (Chris.Goldson@mail.house.gov) or (202) 225-4572.