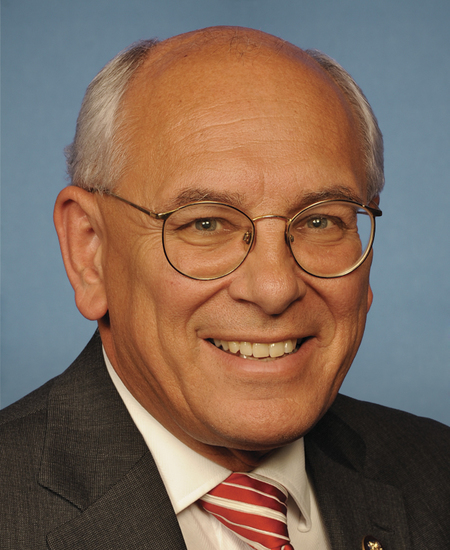 As the Co-Chairmen of the Congressional Horse Caucus, we invite you to cosponsor H.R. 1754, the Horseracing Integrity Act.  The legislation authorizes the creation of an independent oversight body, known as the Horseracing Anti-Doping Authority (HADA) responsible
for creating and enforcing a national anti-doping program for the entire horseracing industry, including Thoroughbred, Standardbred and Quarter Horse racing, to ensure fair and safe competition across the thirty-eight state-based racing jurisdictions. It will
also safeguard the welfare of the equine athlete by prohibiting the use of medication within 24 hours of a race. We believe our legislation and the establishment of HADA will restore integrity and public confidence in this centuries-old shared national pastime.

Horseracing truly is a national sport.  Each year, approximately half of all Thoroughbred starts in the United States are from horses that compete in more than one state.  Further, more than eighty percent of all wagers are made across state lines.   Despite
this interconnectedness, regulation of horseracing in the United States is highly fragmented, which has led to a wide disparity in the effectiveness of medication testing and enforcement.  This has negatively impacted the perception of fair competition across
the sport.  Polls continue to affirm that the use of performance enhancing-drugs and the inadequacy of drug testing programs rank as the largest concerns among the sport’s advocates and fans.  It is for these reasons that we believe the time has come to implement
a national, uniform drug testing enforcement program for horseracing.

Last Congress, the Horseracing Integrity Act was able to earn the support of 131 bipartisan cosponsors and over twenty outside organizations representing all facets of the horseracing industry and animal welfare groups including breeders, owners, racing
associations, jockeys, bettors and tracks.  This broad coalition of support bolsters the case for reform and demonstrates to the racing community, and the general public, that the horseracing industry is serious about implementing change.

In addition to the creation of the Horseracing Anti-Doping Authority, the bill includes an explicit prohibition on the use of any medication within 24-hours of a horse’s race. Although most medications are administered for therapeutic purposes that are in
the best interest of the horse, we must ensure that medications are not abused to mask an injury or null existing soreness, potentially jeopardizing the safety of both the equine and human participants.  This prohibition is consistent across all major international
racing jurisdictions and should be implemented in U.S. racing.

Supporters of the bill include:

We encourage you to cosponsor this important legislation that will unify our nation’s horseracing industry, advance the cause of fair and safe competition, and protect the health and well-being of the equine athlete.  If you would like to be cosponsor, or
have any questions, please call Jeff Morgan (Jeff.Morgan@mail.house.gov) at 202-225-5076 or Kira Vuille-Kowing (Kira.Vuille-Kowing@mail.house.gov) at (202) 225-5076 with Congressman Tonko, or Claire Osborn (Claire.Osborn@mail.house.gov ) at 202-225-4706 with
Congressman Barr.  We appreciate your consideration.