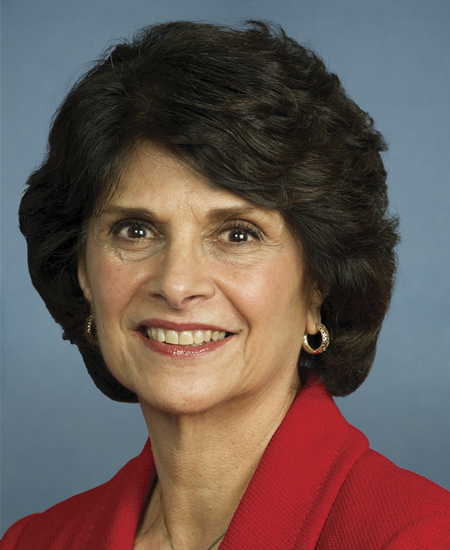 We invite you to join us in sending a letter to the Department of Homeland Security (DHS) expressing our profound concern with the agency’s practice of separating immigrant families, both in the interior of the United States and at the U.S.-Mexico border.
As numerous studies and stories have shown, these practices traumatize individuals seeking humanitarian relief and limit their ability to lawfully pursue legal relief in the United States, as guaranteed under U.S. and international law.

Advocacy groups have recently filed several complaints illustrating the disturbing way in which family separation has increased over the past few years.*

The letter urges DHS to immediately clarify current policies and to reverse any established or de facto policies that undermine the ability of those seeking humanitarian relief to pursue protection or result in the needless separation of and harm
to family units. It also requests DHS to clarify certain component policies, initiatives, and practices relating to family separation.

*“ICE and CBP Coercive Enforcement Actions against Sponsors of Unaccompanied Children Conducted in Violation of Family Unity, Protection, and Due Process Rights.” Complaint filed with DHS CRCL and OIG, December 6, 2017. Available at: http://www.immigrantjustice.org/sites/default/files/content-type/press-release/documents/2017-12/Sponsor%20Enforcement-OIG_CRCL_Complaint_Cover_Letter-FINAL_PUBLIC.pdf;
“The “The Separation of Family Members Apprehended or Found Inadmissable while in U.S. Customs and Border Protection Custody at the U.S.-Mexico Border.” Complaint filed with DHS CRCL and OIG (Dec. 11, 2017) available at: https://www.womensrefugeecommission.org/images/zdocs/Family-Separation-Complaint-FINAL-PUBLIC-12-11-17.pdf.

We are deeply concerned that the Department of Homeland Security (DHS) is separating immigrant families, including parents and their minor children, both in the interior of the United States and along the U.S.-Mexico border. Separating children from their
parents is unconscionable and contradicts the most basic of American family values. Moreover, the reported justification of this practice as a deterrent to family migration suggests a lack of understanding about the violence many families are fleeing in their
home countries. More pointedly, the pretext of deterrence is not a legally sufficient basis for separating families.

We are deeply disturbed by reports that the practice of separating families is increasing. Two recent complaints filed with DHS oversight components, the Office of Civil Rights and Civil Liberties (CRCL) and the Office of Inspector General (OIG), illustrate
that DHS appears to be intentionally separating families for purposes of deterrence and punishment. In some cases, this appears to be in direct contradiction to previously articulated policies.[1]

The first of the two complaints,[2] filed on December 6, 2017, illustrates how Immigration and Customs Enforcement (ICE) inappropriately used unaccompanied
immigrant children to lure and place into custody family members who had come forward to shelter and care for them. Approximately 400 of these individuals were apprehended between June and August 2017 as a result of these enforcement actions. Homeland Security
Investigations claimed that these sponsors had committed acts of smuggling,[3] but the U.S. Attorney’s office refused to prosecute over 90% of these cases.
In fact, DHS has been unable to confirm that any of the sponsors were subsequently convicted of smuggling.[4]

The second complaint,[5] filed on December 11, 2017, notes the alarming increase in the number of families separated in U.S. Customs and Border Protection
(CBP) custody for the purpose of punishing or deterring further migration to the United States. The complaint documented instances of infants and toddlers as young as one and two years old separated from their parents and rendered “unaccompanied.” Moreover,
one recent news investigation identified 22 cases since June 2017 in which parents were charged with “improper entry and had their children removed.”[6] Once
separated, children were rendered “unaccompanied” and parents were either confined in ICE adult detention facilities or transferred to U.S. Marshals Service custody to await criminal prosecution. Among the cases is a father separated from his one-year-old
son, Mateo, despite presenting appropriate documents to establish their relationship.[7]

ICE, the Office of Refugee Resettlement (ORR), CBP, and the Department of Justice (DOJ) have inadequate measures to facilitate reunification of separated family members. Yet, the separation of family members increased significantly over the past several
months and directly contradicts DHS’s stated commitment to keeping families together, including a statement by former Secretary John Kelly that the separation of parents and children generally should not occur, unless the child is in danger,[8], [9] such
as for protection from child trafficking.

We believe that separation is especially unnecessary given that ICE can and should turn to humane, less costly, alternatives to detention, such as the Family Case Management Program, which ICE prematurely terminated after only one year of a five year pilot.[10]  Rather
than protecting the best interests of the child, practices that punish and deter immigrant families violate fundamental domestic and international principles of family unity and are inconsistent with numerous U.S. child welfare and refugee laws and obligations.[11], [12], [13], [14] Based
on evidence of current trends, we are gravely concerned that these practices are expanding and worsening, further traumatizing families and impeding access to a fair process for seeking asylum or other immigration benefits for which these families may be eligible.

We request that your office respond within 14 days to clarify current Department and component policies, initiatives, and practices relating to family separation, including any initiatives, training protocols, or written or other policy guidance relating
to :

Thank you for your attention to this very troubling issue. We look forward to hearing from you soon.

[2] “ICE and CBP Coercive Enforcement Actions against Sponsors of Unaccompanied Children Conducted in Violation of Family Unity, Protection, and Due Process
Rights.” Complaint filed with DHS CRCL and OIG, December 6, 2017. Available at: http://www.immigrantjustice.org/sites/default/files/content-type/press-release/documents/2017-12/Sponsor%20Enforcement-OIG_CRCL_Complaint_Cover_Letter-FINAL_PUBLIC.pdf.

[4] Per conversation between office staff and DHS

[5] “The Separation of Family Members Apprehended or Found Inadmissable while in U.S. Customs and Border Protection Custody at the U.S.-Mexico Border.”
Complaint filed with DHS CRCL and OIG (Dec. 11, 2017) available at: https://www.womensrefugeecommission.org/images/zdocs/Family-Separation-Complaint-FINAL-PUBLIC-12-11-17.pdf.

[7] Migrant seeking asylum says his toddler was taken away at the U.S. border, PBS (Dec. 22, 2017) available at: https://www.pbs.org/newshour/show/migrant-seeking-asylum-says-his-toddler-was-taken-away-at-the-u-s-border

[9] Children should not be released to unverified parents or legal guardians. Release should be consistent with the child protection policy under the
Homeland Security Act, section 479(g).

[13] See, e.g., Articles 16 and 25 of the Universal Declaration of Human Rights, Articles VI and VII of the American Declaration on the Rights and Duties
of Man, Articles 17 and 19 of the American Convention on Human Rights, and Article 23 of the International Covenant on Civil and Political Rights, among others. See generally, the United Nations Convention on the Rights of the Child. See also Subcommittee
on Best Interests, Interagency Working Group on Unaccompanied and Separated Children, Framework for Considering the Best Interests of Unaccompanied Children (Young Center for Immigrant Children’s Rights, May 2016).

[14] 8 DHS’s actions also contravene its own agency standards. See, e.g., Customs and Border Protection, National Standards on Transport, Escort, Detention,
and Search (“TEDS”) at 1.9 and 5.6 (2015)(TEDS requires family units to remain together “to the greatest extent operationally feasible” absent concerns for security or safety. If separation must occur, TEDS further requires, “such separation must be well documented
in the appropriate electronic system(s) of record.”).