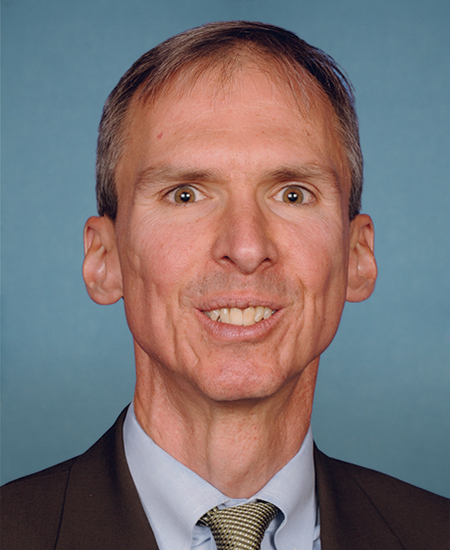 Don’t open the floodgates for robocalls: tell the FCC to regulate ringless voicemail

Have you ever picked up your phone and found you have voicemail even though your phone didn’t ring? Did you find yourself confused and listen to the message only to find out it’s a robocall from a telemarketer? If so, you have seen a new technology – ringless
voicemail – in action. Ringless voicemail allows callers to send messages directly to a customer’s voicemail inbox without first alerting phone users that a call is coming through. This technology has been highlighted in numerous recent news stories and editorials
including in the
New York Times,
Chicago Tribune, and
The Boston Globe.

Now, All About the Message (AATM), a provider of this technology, is petitioning the FCC to exclude ringless voicemails from the definition of a phone call and thus exempt them from key consumer protections against autodialed robocalls established by the
Telephone Consumer Protection Act (TCPA). Such an exemption would encourage even more unscrupulous callers to send unsolicited messages to consumers at the expense of their time and money. Worst of all, while phone users can block phone numbers in order to
avoid calls from unwanted parties, there is currently no way for users to block unwanted messages from ringless voicemail. This is especially problematic in light of the fact that voicemail storage is often limited and many phone users still use limited-minute
or prepaid phone plans. Increased use of this technology without any consumer protections has the potential to make it difficult for phone users and legitimate callers to communicate.

Unsolicited and unwanted phone calls are already on the rise, as technological developments make it easier for unscrupulous callers to evade consumer protection laws. I hear regular complaints from my constituents about scam calls and the decreasing utility
of the Do Not Call registry and I’m certain I’m not alone. We should be shoring up protections for phone customers instead of making it easier for unwanted calls to clog up their inboxes. That’s why I invite you to join me in sending a letter to the FCC urging
the agency to reject AATM’s petition.

Consumers are in charge of their phone and their phone plan. Consumers should also be in charge of deciding who gets to contact them and how. Help make sure that our constituents don’t have to wade through ads and scams in order to hear messages from their
children’s teachers, family members, workplace managers, doctors, and other legitimate callers. If you have questions or would like to sign onto this letter, contact Sofya Leonova on my staff at
sofya.leonova@mail.house.gov or x5-5701.

We write to express our strong opposition to proposals allowing for the expanded use of ringless voicemail to communicate with unconsenting consumers. Furthermore, we oppose the request submitted in the Petition for Declaratory Ruling by All About the Message,
LLC (AATM) to the FCC (CG Docket No. 02-278). Unsolicited ringless voicemail is a clear-cut attempt at an end-run around legal and technological protections against spam and unwanted phone communications. If approved, AATM’s petition would force phone customers
to listen to messages that they do not want to hear at the expense of their time, money, and freedom of choice. The FCC should reject this anti-consumer petition.

As you know, the Telephone Consumer Protection Act (TCPA) prohibits autodialed or prerecorded calls to cell phone numbers except in cases of emergency, to collect debts owed to or guaranteed by the United States, or when a customer has provided prior express
consent for such calls to be made. This law plays a critical role in stemming the flood of unwanted, disruptive robocalls to cell phones.

AATM’s technology sends messages directly to a customer’s voicemail inbox, thus avoiding the rings that would normally notify the customer about an incoming call. Because of this fact, AATM purports that the communications it facilitates are not actually
phone calls and thus are not subject to the TCPA. Furthermore, AATM asserts that delivery of a voicemail doesn’t result in charges to the customer, thus rendering worries about cell phone plan costs moot. AATM is seeking affirmative confirmation of this interpretation
from the FCC with its petition.

AATM’s proposal boils down to the idea that since customers have to take initiative to listen to their voicemails, the company has caused no disruption to their lives. Yet consider that phones will typically still alert users that they have a voicemail,
interrupting them as they go about their business. Furthermore, with other phone calls, users have the opportunity to see the number of the party dialing them and permanently block it if they so choose. With ringless voicemail, phone users must expend additional
effort to identify the source of the call and have no means of stopping the flow of voicemail if it is unwanted. Without a check on the flow of incoming voicemail, customers are at risk of having to wade through ads, scams, and other unwanted calls in order
to hear messages from children’s teachers, family members, workplace managers, doctors, and other legitimate callers. In the worst case scenario, legitimate callers will not be able to leave messages at all, as phone providers frequently limit the number of
voicemails they will store for customers at any one time. Lastly, millions of phone customers rely on limited-minute or prepaid plans that charge users as they use the service. Families on a budget would be at risk of wasting limited minutes or facing additional
charges as they deal with excessive voicemail messages.