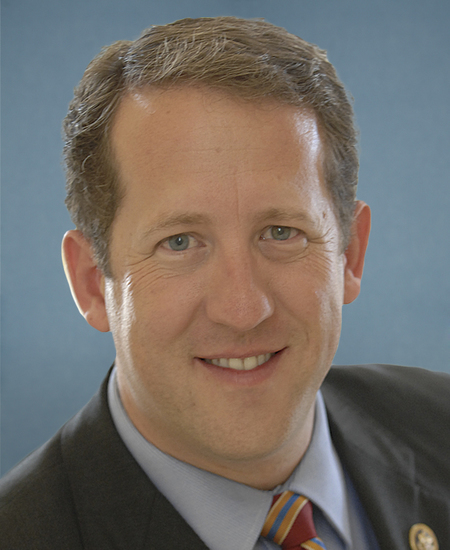 Support the Inclusion of Irrigation in the President’s Infrastructure Package

President Trump made infrastructure one of his top priorities on the campaign trail. During his address to Congress on February 28, 2017, the President reiterated his support for revitalizing America’s infrastructure, declaring, “crumbling infrastructure
will be replaced with new roads, bridges, tunnels, airports and railways gleaming across our very, very beautiful land.” As the White House works with Congress to make President Trump’s vision a reality, it is imperative irrigation infrastructure be part of
the conversation.

Today, 55.3 million acres are irrigated in the United States. Irrigated land produces higher yields with less land, while improving crop quality. Producers, especially western producers, rely on irrigation to meet the ever-growing demand for food. Unfortunately,
irrigation infrastructure has lagged behind other technological advancements in the industry. The President’s infrastructure package presents an opportunity to modernize our outdated irrigation infrastructure and increase our global agricultural competitiveness.

Please join me in sending this letter to President Trump requesting irrigation projects be included in his infrastructure package.
The deadline to sign on is COB Friday, April 28. To cosign, please contact Matt Reynolds (matt.reynolds@mail.house.gov) in my office.

Thank you for your commitment to revitalizing America’s aging infrastructure. From the transportation of agriculture commodities across highways, rail, and rivers to the movement of energy through the grid, infrastructure is the backbone of a strong economy,
and we appreciate the attention you are bringing to this important issue. As you consider the specifics of your infrastructure package, we write in support of the inclusion of irrigation infrastructure.

As the world’s population continues to increase, the demand for food is at an all-time high. To meet this ever growing need for food, America’s agriculture producers must harness limited land resources in an efficient, sustainable manner. One of the most
effective tools in a producer’s arsenal is irrigation. Today, 55.3 million acres are irrigated in the United States. Irrigated land produces higher yields with less land, while improving crop quality. The economic importance of irrigated agriculture is especially
evident in the West, where the value of irrigated crops and livestock dependent on irrigated feed totaled nearly $171 billion in 2011.

The federal government recognized the importance of irrigation infrastructure in the early 20th century. In 1902, the United States Reclamation Service was established and began work on several irrigation projects throughout the West. Five years
later, the service was renamed the Bureau of Reclamation and under its direction millions of acres of once arid land were transformed into fertile farmland. Thanks to federal recognition of the importance of irrigation, the West was opened to widespread settlement,
and some of the finest feats of engineering, such as the Hoover Dam, were accomplished.

Today, despite the U.S. being a global leader in the development and manufacture of advanced irrigation technology, investment in irrigation infrastructure has languished since the 19th century. This has placed our farmers and ranchers at a global
disadvantage as our 21st century technologies are subject to a 19th century infrastructure. The inclusion of irrigation projects in your infrastructure package will ensure American manufacturers remain at the forefront of innovation,
while also bringing economic benefits to rural America in the form of increased yields, especially important at a time when the agriculture economy is depressed. Furthermore, these benefits are not limited to rural areas. Savings in the cost of production
in agriculture reverberate through the economy via decreases in the price of food, benefiting the poorest among us the most. Additionally, many irrigation projects serve multiple purposes, ranging from the generation of hydropower to supplying metropolitan
areas with consistent, affordable sources of drinking water.

A robust irrigation infrastructure is a critical element of American agriculture producers’ global competitiveness. We look forward to working with your Administration to find a place for irrigation in this historic infrastructure package, and, again, we
appreciate your attention to this important matter.