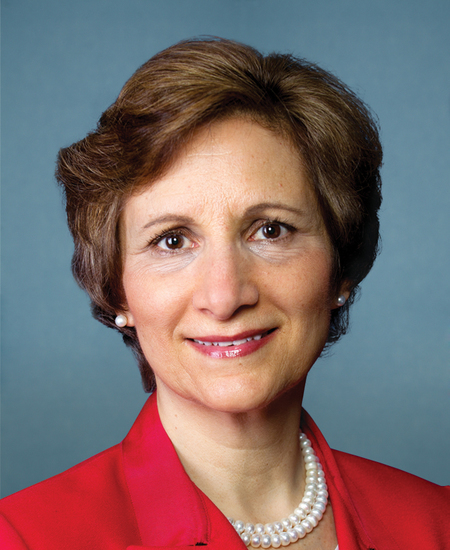 From: The Honorable Suzanne Bonamici
Sent By:
allison.smith@mail.house.gov
Date: 4/4/2017

Please join us in sending a letter to the Labor-HHS Appropriations Subcommittee requesting $25 million in the Department of Health and Human Service’s budget for Elder Justice and Adult Protective Services (APS).

There are more than 40 million seniors in the United States, and they face many forms of elder abuse, including physical abuse, mental abuse, and financial abuse. To combat this problem, Congress has appropriated funds in the past for the Elder Justice Initiative
to fund APS, research, and evaluation activities. This is a step in the right direction, but with the senior population growing every day, we must make a strong commitment to fight elder abuse and protect this vulnerable population.

We ask you to join us in requesting robust funding of $25 million for the Elder Justice and APS so we can support our seniors and better address the unique threats they face.

If you have any questions, or to sign on, please contact Allison Smith (Allison.smith@mail.house.gov) in Rep. Bonamici’s office, or Jamie Matese (Jamie.Matese@mail.house.gov)
in Rep. King’s office.

As the Subcommittee develops its FY2018 appropriations bill, we respectfully urge you to prioritize the prevention of elder abuse, neglect, and exploitation by including $25 million for the Department of Health and Human Service’s budget for Elder
Justice and Adult Protective Services.

According to the Department of Justice, there are more than six million victims of elder abuse, roughly one of every ten persons over 60. Additionally, the 2011 New York State Elder Abuse Prevalence Study found that for every elder abuse case known to agencies,
twenty-four were unknown. According to the National Center on Elder Abuse, victims of elder financial abuse lose an estimated $2.9 billion a year, which can include entire life savings.

One in every seven Americans is over the age of 65, and by 2060 there will be more than 98 million seniors—more than double the senior population in 2013. With this unprecedented growth, it is critical that we have strong protections for our seniors. An
appropriation of $25 million for the Elder Justice and Adult Protective Services at the Department of Health and Human Services would provide:

According to the National Center on Elder Abuse, the direct medical costs associated with elder abuse now exceed $5 billion annually. Victims often end up having to turn to other federal programs, especially Medicare and Medicaid, and financial abuse victims
may require other assistance including income support. Many of these costs can be avoided if we make this investment today, not to mention a heavy emotional toll on seniors and their families.

Providing $25 million for the Elder Justice and Adult Prevention Services is a step in the right direction to protecting seniors from unscrupulous individuals, but there is more that can be done to fulfill the commitment we made in the passage of the Elder
Justice Act. We look forward to continuing to work with the Committee on this important issues and thank you for your consideration of our request.