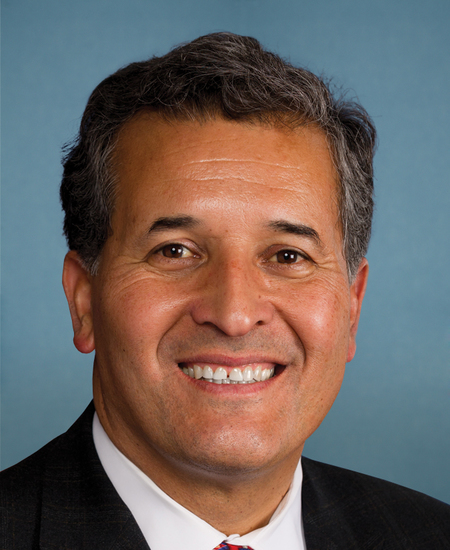 A light breakfast will be served.

Please join the Foreign Affairs Congressional Staff Association, the International Foundation for Electoral Systems, and the Kofi Annan Foundation for an international and comparative discussion on the universal importance of credible and publically-accepted
legal institutions and mechanisms to arbitrate electoral disputes. This event will feature a policy paper launch, panel discussion, and the opportunity for Q&A.

María del Carmen Alanis Figueroa, PhD, is a Mexican lawyer with over 29 years of experience in elections, democracy building, rule of law and access to justice. Since 2006, Alanis has served as a Justice to the Electoral Tribunal of the
Federal Judiciary of Mexico. She was the first and only woman to serve as President of the Electoral Tribunal, from August 2007 to August 2011. Alanis represents Mexico at the European Commission for Democracy through Law (Venice Commission), where she had
chaired the Latin America Sub-Commission. She is also part of a group of international experts, coordinated by the Kofi Annan Foundation, which works in the Electoral Integrity Initiative. A founding President of the America’s Electoral Jurisprudence Group
and a former co-chair of the Inter-American Union of Electoral Bodies, Alanis is also a registered consultant on electoral matters for the UN and has been consulted by the OAS on access to justice and democratic governance.

Patrick Merloe is a Senior Associate and Director of Electoral Programs at NDI. He has over 30 years of experience in promoting citizen empowerment, governmental accountability, and public policy advocacy. Pat has participated in over 170
international missions for NDI to more than 65 countries, concerning political rights, electoral integrity, and democratic development. He has produced a dozen publications on comparative law, human rights and elections, and served as the principal drafter
and negotiator of the Declaration of Principles for International Election Observation, which is endorsed by more than 50 international organizations and recognized with appreciation in U.N. General Assembly resolutions. He also facilitated the process that
produced the Declaration of Global Principles for Nonpartisan Election Observation and Monitoring by Citizen Organizations, promulgated by the Global Network of Domestic Election Monitors (GNDEM) and endorsed by over 240 organizations from more than 85 countries.

Chad Vickery, the Director of IFES’ Center for Applied Research and Learning, has extensive legal and international election administration experience with an emphasis on strengthening democracy and governance in transitioning societies.
He manages IFES’ global applied research, technical leadership, and strategic innovations initiatives. Vickery’s specific programmatic experience includes leading electoral integrity assessments and projects designed to ensure the development of impartial
legal frameworks for elections, increasing professionalism of election management bodies, establishing effective election dispute programs, and increasing political participation of historically disenfranchised groups into the electoral process. Vickery has
also spearheaded the development of new methodologies for assessing the integrity of elections in countries around the world, with a focus on electoral fraud and malpractice and the investigation and adjudication of electoral complaints. He is a member of
the Advisory Board to the Electoral Integrity Project, has been appointed to the American Bar Association’s (ABA) Advisory Committee to the Standing Committee on Election Law, and is co-Chair of the Task Force on International Election Law within the ABA Section
of International Law.

FACSA is an officially recognized, bipartisan and bicameral organization tasked with providing networking opportunities, career guidance, briefings on key topics and other engagements for staffers to learn and grow as foreign policy professionals.

ICE and DHS letter regarding COVID-19 concerns at detention centers nationwide: Next deadline to sign on is today COB