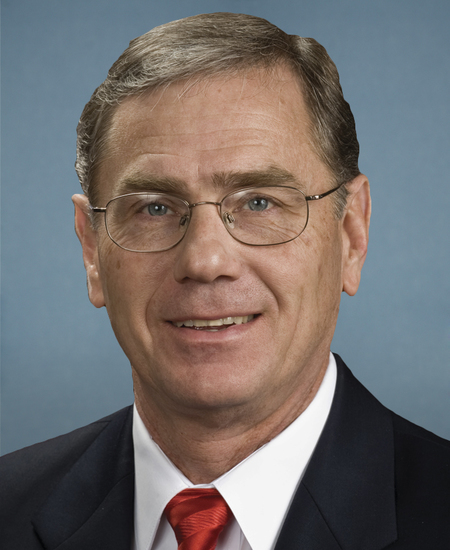 From: The Honorable Blaine Luetkemeyer
Sent By:
Lucas.West@mail.house.gov
Date: 9/19/2016

I ask you to join me in sending a letter to the Department of Veterans Affairs (VA) to ensure necessary updates and improvements have been made to the Veterans Crisis Line (VCL) to help prevent veteran suicide and give our veterans the support they need.

September has been designated as National Suicide Prevention Awareness Month and now is the time to act to make sure that veterans seeking help from the VCL receive the assistance they need. Currently, 22 veterans a day commit suicide, a rate of one every
65 minutes. This is unacceptable.

Equally unacceptable is the VA’s recent record with regards to the VCL. Both the Veterans Affairs Office of the Inspector General (VAOIG) and the Government Accountability Office conducted an inspection of the VCL and found numerous inefficiencies with the
hotline.

The VA has appropriately acknowledged the inadequacies in  this program and has sought to make improvements. This letter asks the VA to promptly respond if the improvements the VA made have been completed on time and if these improvements will ensure our
veterans will be able to access the VCL in their time of need.

The text of the letter is below. If you have any questions, or would like to sign on, please contact Lucas West in Rep. Luetkemeyer’s office at
Lucas.West@mail.house.gov.

Under Secretary for Health

As you know, our nation is in the midst of a veteran’s suicide emergency as roughly 22 veterans commit suicide every single day. Given these alarming and tragic statistics, we write to express our deep concern with recent reports of failures of the Veterans
Crisis Line and to request an update on progress made by the VA to address these issues.

The breakdowns of the VCL were outlined in the recent report from the Department of Veterans Affairs Office of Inspector General (VAOIG) which details significant problems with  caller response and quality assurance of the VCL. This report found multiple
inefficiencies within the VCL that led to veteran’s calls going to voicemail and being placed on hold. In addition, it identified instances where callers did not receive immediate assistance and a general lack of quality assurance. Overall the VAOIG report
made seven recommendations to the VA in regards to the VCL.

In addition to issues raised in the VAOIG report,  the U.S. Government Accountability Office (GAO) recently conducted a review of the VCL and found that the VA is not meeting its call response time goals, and that roughly 73% of calls are answered at the
VCL headquarters, while the remaining calls are sent to backup facilities. Furthermore, this study found that the VA has not established sufficient monitoring and performance indicators for calls that are sent to backup call centers.

Over the past year the VA has attempted to make significant changes to the VCL to improve its service to veterans. Specifically, VA responded to the 7 recommendations of the VAOIG with specific improvements to each recommendation and a completion date for
each improvement. These improvements include new employee orientation, an updated call monitoring program, and establishing a formal quality assurance process and more.

Given your agency’s commitment to remedy these issues and the overwhelming public interest in holding the VA accountable to its responsibilities, we respectfully request a detailed response to the following questions by October 15, 2016. Since the VA has
been pursuing reforms in this area over the past year and has identified September 30 as the latest target date for improvements to the VCL in its VAOIG response, we believe this is sufficient time for the VA to respond.

We know that the individuals at the VA would agree that veteran suicide is a critical issue that has become worse in recent years. With a veteran committing suicide nearly every 65 minutes and veteran suicide rates far surpassing those of civilians it is
evident that the VA must do more to ensure our veterans are receiving the time critical care that they need. Veteran suicide is a complex problem that reaches beyond the VCL, but in their most critical hour, we must make sure that veterans are receiving the
support they need. That is why we are seeking answers to these questions, to ensure that VA is taking the necessary strides to provide that critical support, and we look forward to your response.

Fight the Opioid Epidemic by closing the fentanyl loophole – H.R. 5421

Fight the Opioid Epidemic by closing the fentanyl loophole – H.R. 5421