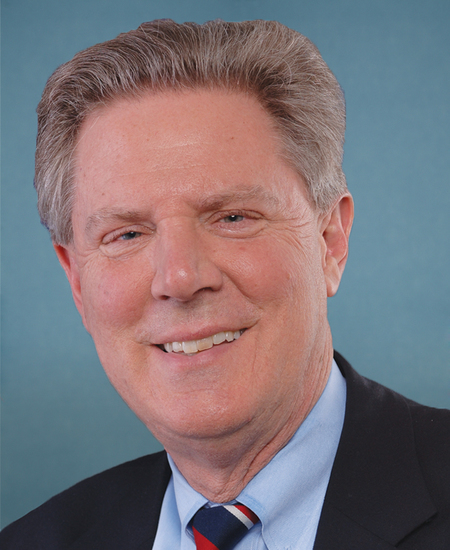 We invite you to join this letter requesting that FEMA use existing authority to exercise proper oversight over the National Flood Insurance Program (NFIP).

The recent Frontline documentary “The Business of Disaster” highlighted a glaring hole in FEMA’s oversight of NFIP, specifically its lack of awareness of the actual expenses of private insurance companies. FEMA should know the finances involved with servicing flood insurance so that it can determine whether its payments are appropriate and how much the companies are making in profit.

FEMA is already legally required to provide this oversight. Under the Biggert Waters Flood Insurance Reform Act of 2012, FEMA was directed to promulgate regulations to ensure that federal “reimbursements track the actual expenses [of private flood insurance companies] as closely as possible.” Despite that requirement, FEMA has not yet issued that rule. FEMA should issue this rule to increase transparency and restore accountability to NFIP.

To sign on, or for more information, please contact Mike Rogers in Rep. Pallone’s office (6-5261 or
michael.rogers@mail.house.gov). The deadline to sign on is COB on Thursday, June 30th.

We write to request that the Federal Emergency Management Agency (FEMA) fulfill its legal obligation to provide oversight of the private insurance companies that participate in the National Flood Insurance Program (NFIP).

In the wake of Superstorm Sandy and other recent disasters, FEMA and NFIP have faced accusations of incompetence and fraud.  During the recently aired Frontline documentary “The Business of Disaster,” which examined issues with flood insurance
after Superstorm Sandy, Roy Wright, Deputy Associate Administrator for Insurance and Mitigation, was asked if he knew how much profit private insurance companies servicing NFIP were making.  He responded, “I’ve never looked at the book of business to understand
their profits.”

Frontline did look at those numbers, and it concluded that private insurers made more than $400 million in profits from FEMA in the year that Hurricane Sandy devastated the Atlantic coast – its highest profit in the 4-year period from 2011 to
2014.  At the same time, many of those insurers were underpaying or outright denying legitimate flood insurance claims.

FEMA’s lack of awareness is both unacceptable and easily fixable.  The agency has already been directed by Congress to review the finances of these companies.  An important provision of the Biggert-Waters Flood Insurance Act of 2012 required
FEMA to issue regulations to ensure that federal “reimbursements track the actual expenses [of private flood insurance companies] as closely as possible.”  The law required FEMA to issue a rule within a year of the law’s enactment to establish a process to
collect the necessary data from these companies.  Almost four years later, FEMA has not issued the rule.

We request that FEMA move as expeditiously as possible to formulate and issue the rule, and that you provide us with an estimated timeline and periodic status updates as you work to meet this congressional mandate.  Taking that step would help
to restore accountability to the NFIP.  We look forward your response.

Establishing a Formal Ambassador to the Arctic Council