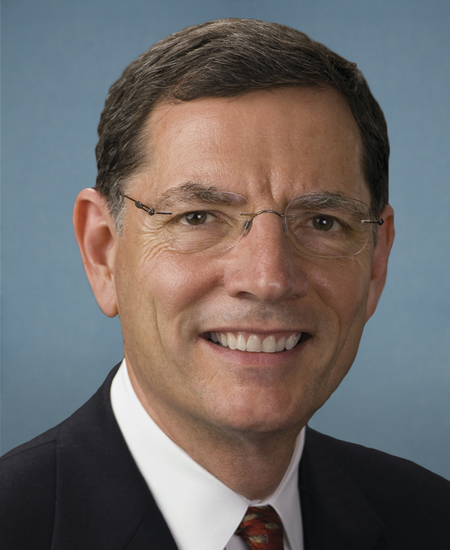 U. S. Department of Justice

On Friday, April 22, 2016, the Senate Indian Affairs Committee held a field hearing in Phoenix, Arizona, on the Environmental Protection Agency’s (EPA) unacceptable response to addressing the concerns of Native American tribes, among others, to a recent, massive spill at the Gold King Mine, north of Silverton, Colorado. From this hearing and our review of the record evidence adduced to date, we believe that sufficient information exists to warrant an investigation by the Justice Department of whether EPA employees or contractors may have committed crimes in connection with the spill, including but not limited to criminal violations of federal environmental laws, criminal negligence and obstruction, e.g., 18 U.S.C. 1505 (obstruction of pending administrative and congressional proceedings), 18 U.S.C. 1516 (obstruction of federal audit), and/or 18 U.S.C. 1001 (false statements).

On August 5, 2015, EPA activities at Gold King Mine caused a 3 million gallon acidic plume of lead, mercury, arsenic, and other metals to rush into the Animas River in Colorado and into the San Juan River near Farmington, New Mexico. As a result, 1,500 farms on the Navajo Nation were devastated. The total damage to crops, soil, livestock, wildlife, irrigation, and drinking water supplies that are critical to the Navajo people as sources of nourishment and economic and cultural centers, remains unknown.

Apparently critical to causing the spill were actions that EPA employees and contractors took after EPA first tried to reopen and investigate an adit, that is, a tunnel, in the Gold King Mine. This effort began in September 2014 under the direction of EPA On-Scene Coordinator (OSC) Steven Way. After only one day of work, EPA postponed this project until the following year. Unfortunately, as EPA prepared to resume work at the mine about a year later, EPA employees and contractors appears to have grossly misinterpreted original observations about the mine’s structural integrity. Subsequently and without having conducted important hydrostatic pressure testing, EPA personnel began to excavate above the mine’s adit.

During this period, with Mr. Way on vacation, Hays Griswold temporarily served as OSC on the mine project. Under Mr. Griswold’s supervision, EPA employees or contractors excessively excavated the adit and the spill occurred.

With the release of at least 3 million gallons of toxic substances into the environment, EPA’s actions at the Gold King Mine appears to have violated, among other federal environmental statutes, the Clean Water Act and the Endangered Species Act.

In October 2015, the Department of the Interior (DOI), supported by the EPA, produced an “Independent Technical Evaluation” of the Gold King Mine spill.

Also, EPA’s Office of the Inspector General (OIG) initiated its own investigation.

At 6:29 p.m. on December 8, 2015, the night before an oversight hearing conducted by our colleagues at the House Committee on Natural Resources on the Department of Interior’s (DOI) “Technical Evaluation of the Gold King Mine Incident” and during the pendency of the OIG’s investigation, EPA produced an unsigned “addendum” to the DOI evaluation. This addendum presented a new narrative about the adit’s excavation, based on a “follow-up interview” with these two OSCs conducted by a regional EPA supervisor and two officials from EPA headquarters, including Nancy Grantham, a spokesperson from the Office of Public Affairs within the EPA Administrator’s office.

DOI’s Technical Evaluation, led by the Bureau of Reclamation (BOR), a federal agency that had staff connected to the Gold King Mine project before, after, and during the spill, found that EPA failed to conduct necessary water pressure testing on the mine prior to excavation work that led to the blowout. BOR also found that changes in seepage were observed and documented in photographs in both 2014 and 2015. With this in mind, exactly why EPA employees and contractors dug into and breached the plug—and excavated the adit without conducting testing that would have shown that the mine was pressurized and, thereby, prevent the spill—remains unknown.

In the case of the Gold King Mine spill, BOR also found that there was, among other things, no understanding that water impounded behind a blocked mine opening can create hydraulic forces similar to those in a dam and insufficient monitoring to ensure that the structure built to close the mine portal continued to perform as intended. The circumstances surrounding these critical failures are, too, unknown.

Notably, a peer reviewer with the U.S. Army Corps of Engineering (USACE), the only non-Interior Department entity to peer-review the DOI Technical Evaluation, expressed serious reservations with the chronology of key events within EPA. He pointed out that the actual cause of failure is some combination of issues related to EPA internal communications, administrative authorities, and/or a break in the decision path. As the reviewer observed, the BOR report was not specific regarding the source of information regarding EPA documents and interviews with EPA employees and the onsite contractor. The USACE believes that the investigation and report should have described what happened internally at EPA that resulted in the path-forward and eventually caused the failure.

Critically, BOR’s report fails to describe why a change in EPA OSCs caused the urgency to start digging-out the plug rather than wait for BOR technical input as prescribed by the EPA project leader.

From our reading of the record evidence, it also appears that, in an addendum to the DOI Technical Evaluation submitted to the House Committee on Natural Resources on the night before its oversight hearing on the spill, EPA attempted to obfuscate facts surrounding this episode. Specifically, as our colleagues at the House Committee contemporaneously noted, the addendum offered a demonstrably false narrative that Mr. Way gave additional verbal instructions to the EPA crew and that, on August 5, 2015, Mr. Griswold was directing the EPA crew in a manner that was completely consistent with the direction provided by Mr. Way. And, it did so citing an interview of key witnesses conducted by three EPA employees with close ties to the agency’s public response to the spill.

This episode, we believe, warrants your specific focus.

With an investigation by EPA’s Office of the Inspector General (OIG) pending, we ask that you determine whether EPA officials conducting this interview sought to obstruct the OIG’s investigation—as well as the House Committee’s investigation. Notably, the Committee found that the reports issued by the Administration about the spill, including EPA’s addendum, offer shifting accounts of the events leading up to the spill and contain numerous errors, omissions and inconsistencies, some of which are not attributable to error or incompetence alone.

Given the foregoing, we ask that you review the circumstances surrounding the Gold King Mine spill to determine specifically whether evidence warrants the prosecution of any EPA manager, employee or contractor for the criminal violation of federal environmental law, criminal negligence, obstruction or any other crime.

We understand that the EPA’s Office of the Inspector General (OIG) is reviewing management accountability in this matter. But, as the facts above suggest, EPA officials have already tried to obstruct the OIG’s investigation. For this reason, notwithstanding the OIG’s statutory independence from the agency, we—and more importantly—those communities adversely affected by the disaster can have no confidence that the agency can investigate itself. In this instance, with the conduct of EPA employees and contractors having been stipulated as causing the Gold King Mine spill, DOJ’s involvement is necessary to affirm that the government is willing to hold itself to the same level of accountability as it holds private companies whose negligence results in serious environmental damage.

While the Navajo Nation and other parties will continue to rely on the Environmental Protection Agency (EPA) for remediation until it is clear there is no longer a public health risk, they—indeed, all Americans—will also depend on the U.S. Justice Department to ensure that full accountability is obtained in this matter so that nothing like this tragedy ever happens again.

Thank you for your attention to this important request.

Letter from Sen. John McCain to the FWS about Havasu National Wildlife Refuge

DEAR COLLEAGUE LETTER FROM SENATORS COBURN AND MCCAIN ON EARMARKS