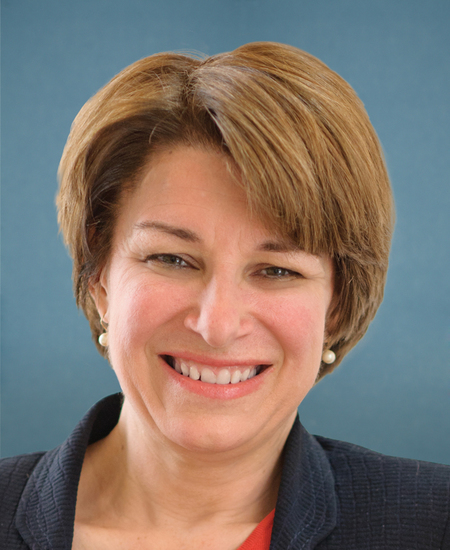 We write to express our strong support for resettling Syrian refugees in the United States and to urge your Administration to make every effort to meet your commitment to accept at least 10,000 Syrian refugees in fiscal year 2016.

The international community’s response to the Syrian refugee crisis has been uneven.  Some countries have welcomed these refugees.  For example, Canada admitted 26,859 Syrian refugees between November 4, 2015 and May 1, 2016.  Other nations, including ours, can and should do much more.  We urge your Administration to devote the necessary resources to expeditiously and safely resettle refugees from Syria.

The Syrian conflict has now entered its sixth year.  The war has led to hundreds of thousands of fatalities, more than a million injured, and more than half of Syria’s entire population being displaced.  In some areas children have starved to death.  A United Nations report last year noted that because there are fewer safe places in Syria with each passing day, even everyday decisions like whether to go out to buy bread can take on life-or-death significance.

The recent bombing of a hospital in Aleppo, which killed many, including children and one of the city’s last pediatricians, is tragically just one of countless examples of horror in this brutal conflict which has led to the worst refugee crisis since World War II.  More than 4.8 million Syrians are now registered as refugees, including more than 2.5 million children.

Last September you announced a plan to resettle at least 10,000 Syrian refugees in the United States during fiscal year 2016.  We appreciate your recent affirmation that “we can hit those marks before the end of the year.”

Refugees are the most carefully vetted of all travelers to the United States, and the United States’ screening and interview process takes place before a refugee even arrives in America.  All applicants are finger printed and subjected to repeated biometric checks, several layers of biographical and background screening, medical checks, and lengthy in-person interviews by specially-trained officers at the Department of Homeland Security who scrutinize the applicant’s explanation of individual circumstances to assess whether the applicant meets statutory requirements to qualify as a refugee and to establish that he or she does not present security concerns to the United States.  No refugees are admitted until after successful completion of this stringent security screening regime.  Before final acceptance and permission to travel is granted, the applicant must clear security checks by the FBI, the National Counterterrorism Center, the Department of Defense, and the Department of State.

In addition to undergoing the standard rigorous checks completed for all refugees, an “enhanced review” program has been created specifically for the Syrian refugee population.  All applications receive a specialized review prior to the interview and are repeatedly checked against law enforcement and intelligence community holdings that are regularly updated and enhanced to ensure they include the most updated and accurate information possible. We fully support your administration’s efforts to continue to strengthen security checks for refugees with the latest technology and information.

In December 2015, the Senate received a letter from 20 Republican and Democratic national-security leaders, including former CIA Director Michael Hayden, former Secretary of State Henry Kissinger, and former CIA Director David Petraeus.  They argue that accepting Syrian refugees is in our national interest:

Refugees are victims, not perpetrators, of terrorism.  Categorically refusing to take them only feeds the narrative of ISIS that there is a war between Islam and the West, that Muslims are not welcome in the United States and Europe, and that the ISIS caliphate is their true home. We must make clear that the United States rejects this worldview by continuing to offer refuge to the world’s most vulnerable people, regardless of their religion or nationality.

The President of HIAS, the global refugee protection agency of the American Jewish community, noted in congressional testimony last November that while the Syrian refugee crisis is the largest refugee crisis of his lifetime, the United States is resettling far fewer refugees than in 1980, when we resettled over 200,000 Indochinese refugees, or in 1993 and 1994, when our nation resettled well over 110,000 refugees each year.  He also provided a reminder of how the United States has successfully overcome the challenge of accepting refugees from nations with which we are in conflict.  For example, he observed, between the fall of Saigon and 1997, we rescued 883,317 refugees who fled the Socialist Republic of Vietnam, a country with which we had been in a state of undeclared war that claimed more than 58,000 American lives.

In successfully resettling refugees from conflict zones around the world for decades the United States has not been dissuaded by fear and we should not be now.  We strongly support  the Administration’s commitment to resettle Syrian refugees and ask you to update us on how your commitment will be met by the end of the fiscal year.

Thank you for your time and consideration.