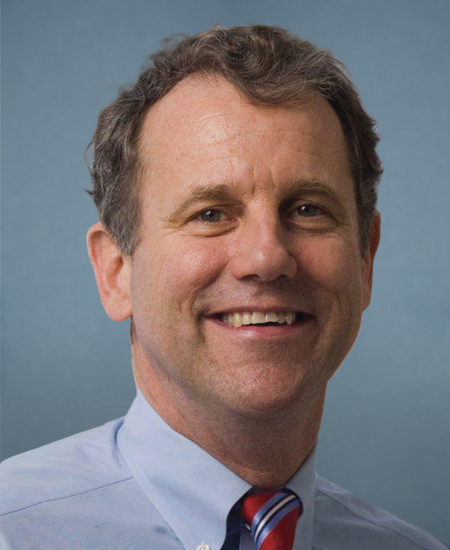 As you know, there is an urgent need for the Senate to address the impending loss of health and pension benefits for thousands of our nation’s coal miners, as well as the looming multiemployer pension crisis facing hundreds of thousands of other hardworking Americans.  Just last month, almost 300,000 Central States retirees, participants and beneficiaries narrowly avoided pension cuts – some up to seventy percent – when the Treasury rejected the plan’s application under the Multiemployer Pension Reform Act (MPRA).  Central States, however, is still expected to become insolvent within a decade and it is emblematic of our pressing multiemployer pension problem. A significant number of multiemployer pension plans are also experiencing funding shortfalls and may run out of the resources to deliver earned benefits. In addition, the Pension Benefit Guaranty Corporation (PBGC), the federal agency tasked with protecting these defined benefit retirement plans, and the hard-earned pension payments that they support, is itself troubled, and may not be able to adequately address this crisis.

Therefore, before we break for the long summer recess, we must move the bipartisan Miners Protection Act (S. 1714), which will protect both the health care and pension benefits for retired coal miners and their dependents with funding through the Abandoned Mine Land (AML) program.  At the same time, we also ask that you work with us to address troubled multiemployer plans like Central States, because time is working against those retirees as well.

Seventy years ago this month, President Harry Truman brokered the historic Krug-Lewis agreement that guaranteed health and pension benefits for coal miners who put their lives at risk every day to meet our country’s energy needs.  Today, we are on the verge of breaking that promise to over 100,000 miners and their beneficiaries, and the impact will be felt in every state of the union.  If Congress does not act, thousands of coal miners, including 3,284 miners, dependents and widows in Kentucky, will lose their retiree health benefits by the end of December and the UMWA 1974 Pension Plan will hit a “point of no return” beginning next year.

This is a crisis that needs immediate legislative action.  On March 1, 2016, the Senate Committee on Finance held a hearing on the multiemployer pension crisis, including the Miners Protection Act.  Despite strong bipartisan support from members of the committee, we have yet to receive any assurance that this bill will come up for a vote in Committee.  While we are committed to continuing our work with you and Chairman Hatch to move this through regular order, we must not allow the process to become another barrier to action.  We are united in our belief that the Finance Committee can and should mark up the Miners Protection Act at the earliest opportunity, and that the full Senate should take up the bill before we break for the upcoming summer recess.  We have a responsibility to the American people to solve the real problems they face every day.

While the miners’ situation presents the most imminent loss of benefits, we also must act this year to address the Central States issue, which is emblematic of the broader multiemployer pension crisis.   The Central States, Southeast and Southwest Areas Pension Plan is the largest of the underfunded plans and was the first to file an application under MPRA to cut the pensions of about 270,000 retirees.

Now that the Treasury Department has rejected the Central States’ application for benefit reductions, its plan participants and beneficiaries have been provided only a temporary reprieve from immediate pension cuts.  The Central States plan is severely underfunded – and there are many other multiemployer pensions in financial peril as well, likely subjecting many more participants and beneficiaries to similar uncertainties under the MPRA process in the near future.  After the stress and uncertainty surrounding the MPRA application, we owe it to the Central States retirees and participants and other potential impacted retirees and participants to give them peace of mind that they will not be forced to carry the financial burden of our multiemployer pension crisis.

A number of multiemployer pensions are very likely to run out of money in the near future.  At the same time, the PBGC, which insures pensioners’ benefits, is in dire financial straits and by 2025, may no longer be able to pay even the small guarantee under the multiemployer program.  In its 2015 Annual Report, the agency noted that it had just $2 billion in accumulated assets from premium payments made by multiemployer plans.  Therefore, when these troubled plans become insolvent and need the assistance of the PBGC, the PBGC may already be insolvent and unable to pay benefits.

Our multiemployer pension problem is unavoidable.  We must act now to develop solutions to help pensioners in troubled multiemployer plans like the Central States plan. The plight of Central States pensioners shows us we need to use this opportunity to develop a bipartisan solution to address these problems.  Legislation that only reforms the voting rules under MPRA will not solve this crisis; we need to find a real solution and we need to do it this year.   We understand that there are no easy answers, but we owe it to the hardworking Americans, who played by the rules and worked a lifetime for a secure pension, to do our best and not to wait for another day.

We already have a bipartisan solution to help the coal miners who sacrificed so much to keep the country’s lights on.  We cannot sit idly by and watch the miners lose health benefits in a matter of months. Majority Leader McConnell, we must enact the Miners Protection Act as soon as possible.  We also must begin to address the Central States issue now, this year to avert another tragedy.  The PBGC is in danger of insolvency if Congress doesn’t step up and find a solution for the troubles facing multiemployer pension plans – and addressing the mineworkers and Central States pension plans is a critical component of any solution for the PBGC’s insurance program.

We stand ready and committed to work with you on a bipartisan basis.

Letter from 22 Senators to the Senate Approps. Committee about increased funding for TSA