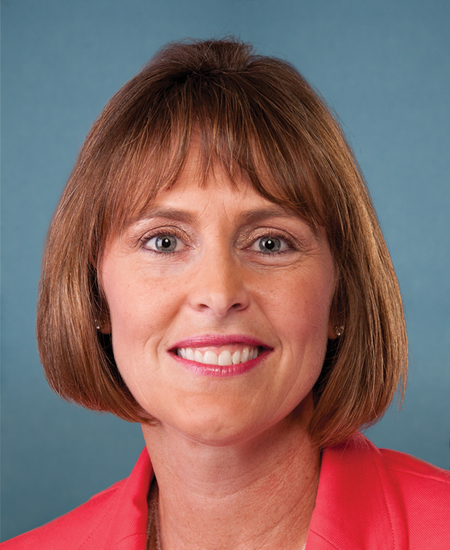 From: The Honorable Kathy Castor
Sent By: javier.gamboa@mail.house.gov
Date: 3/31/2016

Earlier this year, the Fish and Wildlife Service (FWS) announced its proposal to downlist the Florida manatee from endangered to threatened. While they say that this decision would not lessen protections, the implications are quite clear. In February, a Florida House appropriations subcommittee unanimously passed  a bill to “study the effectiveness” of manatee protections, citing the FWS proposal as evidence that the manatee population has recovered.

The FWS proposal fails to consider the dire threats that continue to face manatees: boat strikes, toxic algae, habitat loss (including the anticipated closure of artificial warm water sources). It is important to remember that the manatee was originally listed as endangered because of the threats it faced (threats that persist) not because of the size of the population which was unknown. Further, the FWS failed to include very relevant data in its computer models on which it based its decision on, including record die offs over the past several years.

Please help me save this iconic mammal. Thank you for your time and consideration.

RE: Opposing Downlisting of Florida Manatee from “endangered” to “threatened”

We are writing to express concern with the U.S. Fish and Wildlife Services’ (FWS) proposal to downlist the Florida manatee from “endangered” to “threatened” status under the Endangered Species Act.  The Florida manatee continues to face significant threats to its survival such as boating strikes, habitat loss, pollution and the anticipated loss of artificial warm water sources. The proposal may also fail to reflect the most recent scientific information available.  It is imperative that we keep the gentle “sea cow” on the endangered species list.

When the Florida manatee was first listed as endangered nearly 50 years ago, no one knew with any accuracy the size of the manatee population. The listing was based more upon the readily observable threats to the manatee than any numbers measurement. Unfortunately, significant threats still abound. In 2013, manatees experienced a record number of 829 deaths with about 300 of these being attributed to toxic algal blooms. In 2010, almost 400 manatees died due to a cold snap, accounting for more than half of the total deaths that year. These cold snap mortality events could be exacerbated by the anticipated loss of artificial warm water sources.  Further, an expert from the Florida Fish and Wildlife Conservation Commission believes that in the long term, “watercraft are still the biggest threat to the manatee population” and there is every reason to believe this threat will grow as Florida’s population grows.

We also observe that scientists for the Save the Manatee Club have highlighted serious flaws with the FWS downlisting proposal. In fact, they believe the FWS omitted several “inconvenient” inputs in the computer model on which it based its decision to downlist the manatee.  Among the data points they point out as missing are the record number of deaths from the winters of 2010 to 2013.  Other factors they say are excluded from the model are possible changes in red tide magnitude and the consideration of likely climate change impacts like changes in the frequency of cold weather events.

We believe that the FWS should incorporate scientific observations like those from Save the Manatee into its models.  Also, the FWS should at least develop a plan to deal with the ongoing and future risks the manatee face before contemplating any change. However, even with a proven and viable plan to mitigate these persistent threats, many of the original factors that led to its endangered classification still persist – the continued growth of Florida’s population, the corresponding loss of habitat that results, and the persistence of climate change. As a result, it may be difficult to see a time when the FWS could feel comfortable downlisting the Florida manatee.