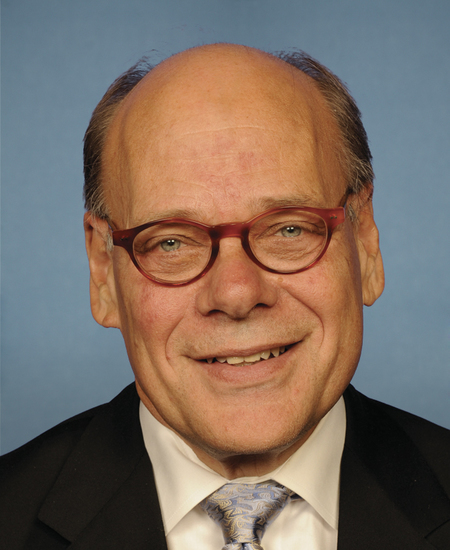 From: The Honorable Steve Cohen
Sent By: William.Connor@mail.house.gov
Date: 2/29/2016

As you may know, on important issues such as counterterrorism, supporting our troops in Afghanistan, energy security and support for Israel, Azerbaijan is a proven and reliable partner of the United States.

Thank you for considering this request.

As you begin consideration of the fiscal year (FY) 2017 State, Foreign Operations and Related Programs Appropriations bill, we ask that you once again acknowledge the importance of the bilateral relationship between the United States and Azerbaijan. In that respect, we write to offer our views and insights on the US humanitarian assistance program for the victims of the Armenia-Azerbaijan conflict.

In previous years, report language on US humanitarian assistance to the victims of the Armenia-Azerbaijan conflict has been controversial. However, in the Consolidated Appropriations Act of 2016, the Consolidated and Further Continuing Appropriations Act of 2015 and the Consolidated Appropriations Act of 2014, a bipartisan compromise was reached whereby specific language was omitted regarding the US humanitarian assistance program for the victims of the Armenia-Azerbaijan conflict. This approach is a major step toward ensuring that the United States maintains its longstanding role of not taking sides in this conflict; continues to protect US leadership as an impartial broker in the peace process; and gives the United States Agency for International Development (USAID) the flexibility it needs in providing this aid. Therefore, we respectfully request that you maintain this compromise approach in the FY 2017 State, Foreign Operations and Related Programs bill.

As you know, Armenian forces currently occupy Nagorno-Karabakh as well as seven surrounding districts. We believe that US humanitarian projects in Nagorno-Karabakh should be closely coordinated with the government of Azerbaijan. We understand that the training that is provided by the US-funded demining project is being misused for military purposes by the recipients of the training. We are also concerned that there is a lack of transparency in reporting on the demining project. Therefore, we ask that the committee seek much-needed clarity concerning the implementation of this multi-year project to ensure it is successfully concluded.

Dating back to 1992, the Organization for Security and Co-operation in Europe (OSCE) Minsk Group has worked with Azerbaijan and Armenia to find a peaceful resolution of the conflict between these two countries. Unfortunately, little progress has been made, and hostilities erupt frequently along the ceasefire line. Twenty percent of Azerbaijan’s territory has been occupied for more than two decades since a ceasefire was achieved. Sadly, more than 1 million Azerbaijanis remain displaced with little hope of returning to their homes. US leadership though the Minsk process is needed now more than ever. A solution to this conflict should be based on relevant United Nations Security Council (UNSC) resolutions and international law.

Azerbaijan has long been a reliable security partner of the United States. Azerbaijan is a stalwart supporter of the Resolute Support Mission in Afghanistan, providing troops and supporting the transport of US personnel and supplies through the Northern Distribution Network (NDN). Azerbaijan is a stable, moderate, majority Muslim country that has a thriving Jewish community and has outstanding relations with Israel.

Thank you in advance for considering our requests. We applaud you for the consistent leadership you have provided on this issue over the year.

Letter to Secretary Esper calling for the restoration of Captain Crozier’s command of the U.S.S. Theodore Roosevelt