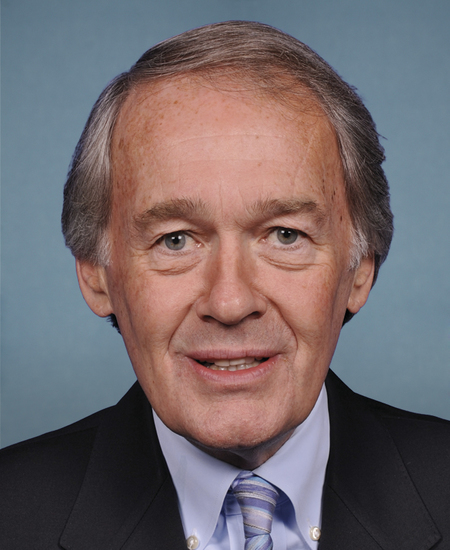 Join us in Urging the Administration to

Please join us in sending a letter to Secretary of State John Kerry and Secretary of the Department of Homeland Security Jeh Johnson requesting that the Administration institute reforms to boost the number of refugees processed by expanding the Priority Three (P-3) family reunification program. Additionally, the letter requests that the Administration coordinate security checks to prevent them from expiring while a refugee is still being processed and inform families if only a few members, but not all, have been cleared. These actions, which do not require additional resources, can improve opportunities for Syrians refugees to reunite with family in the United States.

With a situation as dire as the one in Syria, it is important for the United States to maximize the channels that allow refugees to enter the country legally. As a result, we cannot rely on a scale up of the Priority One (P-1) program, which processes referrals from the United Nations High Commissioner for Refugees (UNHCR). UNHCR must use their limited resources to prioritize the most vulnerable refugees for resettlement. By allowing more Syrian refugees to unite with their family members, the U.S. can help ease the humanitarian crises abroad and continue to be a leader in providing humanitarian aid for refugees.

We write to express our concern regarding the ongoing Syrian refugee crisis and our nation’s response. We appreciate the Administration’s announcements to accept both a larger number of Syrian refugees, as well as overall refugees, in the next fiscal year. Yet increasing the number of refugees we welcome is insufficient as a response, if we do not have the expanded capacity to screen and effectively resettle refugees within our borders. We urge you to provide your respective federal agencies with sufficient resources to effectively increase and thoroughly screen applicants for resettlement in the United States. Likewise, the Administration can and should institute reforms to boost the number of refugees processed by taking the following actions which do not require additional resources.

Second, we request the Administration improve coordination to avoid the need to repeat security checks that expire while a refugee is still being processed. As you know, refugees go through more than a half dozen screenings before they can come to the United States, with each screening only valid for a limited time. As a result, an applicant could have one screening expire while he or she waits for another screening to be completed, in turn requiring a redo of the first screening. Worse, an entire family may have their screenings expire while they wait for a single family member to complete another part of the screening process. When applicants are forced to complete screenings multiple times in this fashion, the result is unnecessary duplication and delay. This constitutes a waste of resources that has the potential to leave refugees in harm’s way for additional months. Processing agencies need to increase coordination to ensure that applicants are not forced to complete checks multiple times and should seriously consider expanding the validity period of such checks, when doing so does not compromise the integrity of the screening. Further, the processing agencies should use their authority to expedite particular screenings when necessary to avoid duplication and undue delay, while still subjecting refugees to the most rigorous security checks of any category of traveler to the United States.

Third, we implore the Administration to inform families if only a few members, but not all, have been cleared. When only part of a family has been approved for resettlement, those family members who have been approved should have the ability to reach safety within our borders. Ideally, the processing agencies should do everything in their power to expedite approvals so that entire families are not held up because of a delay in a single family member’s application. If applications cannot be expedited, family members should still be told when they have been approved, as it allows applicants to decide whether they prefer to remain with their family members or to move along to safety in the United States. This information could enable applicants to avoid an imminent risk of injury or death, and there is no good reason to withhold it except in extraordinary circumstances.

Ultimately, it will take the inclusive effort of the international community to create a stable environment in Syria to allow refugees to return home. In the interim, it is our moral duty to address this growing humanitarian disaster and allow families to be reunified. Syrians who are resettled would enjoy the support of active and engaged Syrian-American communities around the United States. These families would have a home ready for them, a source of financial support, and the commitment to return to help rebuild Syria after the war is over.

We stand ready to work with the Administration to join our allies around the world in providing assistance to millions of people who have been displaced from their homes and countries during the ongoing civil war in Syria. Thank you in advance for your consideration of these requests.