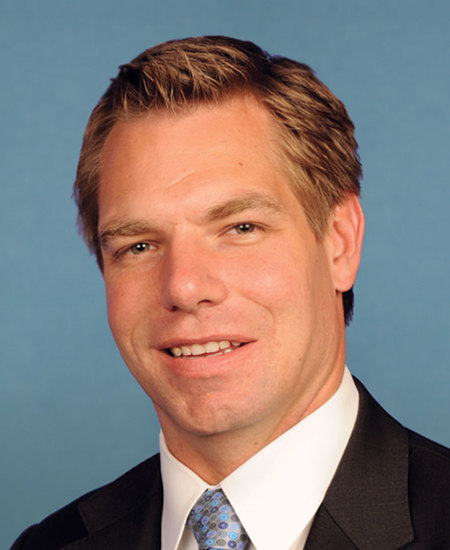 From: The Honorable Eric Swalwell
Sent By: andrew.ginsburg@mail.house.gov
Date: 2/6/2014

We ask you to join us in sending the letter below to the FBI, urging it to take steps to increase the speed with which DNA is tested and profiles unloaded into CODIS.

DNA is an incredibly powerful tool in law enforcement, allowing us to punish the guilty and free the innocent with near certainty. Unfortunately, there is a tremendous backlog of untested DNA evidence. For example, according to National Institute of Justice, the number of cases with DNA evidence awaiting testing at laboratories more than doubled between 2005 and 2011.

Thankfully technology exists which may be able to speed up testing of arrestees so it can occur in police booking stations, without having to go to a laboratory. The letter below asks the FBI to develop a pilot program to explore widespread use of this technology.

Additionally, there are currently obstacles to most efficiently utilizing private laboratories in DNA testing and analysis. Our letter to the FBI urges it to address these problems, testing new policies and procedures through pilot programs.

We can and we must do better in how quickly we test and analyze DNA evidence. If you would like to sign this letter, or if you have any questions, please contact Andrew Ginsburg with Rep. Swalwell at andrew.ginsburg@mail.house.gov or Monica Pham with Rep. Honda at monica.pham@mail.house.gov.

We urge you to increase the speed with which DNA evidence is tested and profiles uploaded into the COmbined DNA Index System (CODIS). In particular, we ask you to develop pilot programs to test the use of Rapid DNA analysis at police booking stations and assess its viability for broad deployment. We also ask you to address impediments to the use of private sector laboratories in DNA testing and establish pilot programs to test any proposed new procedures.

As you know, DNA is a powerful tool in law enforcement. It allows us to achieve justice for victims by punishing those responsible for criminal activity with near certainty. And, it allows us to free innocent people who have been convicted wrongfully. However, for DNA to be utilized most effectively, samples must be tested and profiles uploaded into the national collection of DNA profiles, CODIS.

Unfortunately, there is a tremendous backlog of untested DNA evidence. For example, the National Institute of Justice reported in December 2013 that, in public laboratories surveyed in 2011, there were over 100,000 cases involving backlogged DNA evidence. In 2005 the number was less than 50,000. This does not even include other aspects of the DNA backlog, such as DNA evidence held by law enforcement and not sent to a laboratory to be tested as well as untested samples from arrestees and convicted offenders.

With respect to solving part of the problem, improving public crime laboratory capacity, the federal government provided state and local governments $442 million between fiscal year 2008 and 2012, according to a July 2013 Government Accountability Office (GAO) report. Unfortunately, there is little evidence of progress in backlog reduction. In fact, according to the GAO, “The demand for DNA testing continues to exceed the capacity of laboratories to process these samples.”

Our current efforts to reduce the DNA backlog are not working, and therefore we need to explore alternative solutions. One option is to better utilize new technology that allows testing samples from arrestees at the time of booking.

Existing processes require law enforcement to collect DNA samples from arrestees, transport these samples to a laboratory, have them analyzed, and then wait for results. This entire course can take weeks, during which time arrestees are free to potentially commit criminal acts or disappear.

Technology, known as Rapid DNA analysis, exists which has the potential to allow law enforcement to quickly compare an arrestee’s DNA profile against CODIS right in the booking station. This would free up laboratory capacity, allowing other testing to proceed more quickly, and help identify perpetrators immediately. The FBI recognized the power of Rapid DNA analysis and the importance of furthering its use in 2010, when it established the Rapid DNA Program Office.

It is time to take the next step and assess the validity and efficacy of Rapid DNA analysis for possible widespread use in law enforcement booking stations. This could be done through initial pilot programs, and we respectfully request the FBI adopt pilot projects to do so in a timely manner.

Having an additional technical review of data submitted from a private sector laboratory means additional time and resources. This may not be necessary. It is our understanding that in 2010 the FBI began a review of issues relating to the technical review requirement, prompted by similar concerns about its contributing to the DNA backlog by CODIS stakeholders, Members of Congress, and other elected officials. Unfortunately, the FBI did not solve the problem in its latest Quality Assurance Standards for DNA Databasing Laboratories, which provides rules for laboratories doing DNA testing and were effective as of September 1, 2011.

We ask the FBI review this issue again and adjust its policies and requirements to allow for the better use of private sector laboratories in DNA testing and analysis. This could include developing a system whereby a public sector laboratory does not review work on DNA done and confirmed once already by a private sector laboratory, developing a method for the latter to directly, or working with a government partner, include DNA profiles in CODIS, or, at the very least, suggesting the use of best practices or encouraging public laboratories to make the review of private laboratory DNA work a top priority so as to stop their reexamination from delaying DNA backlog reduction.

FBI concerns about any of these changes could be addressed by working with law enforcement agencies to first test them by conducting pilot programs. The Alameda County District Attorney’s Office in California would welcome such an opportunity, and it is confident it could demonstrate how successful an expanded use of private laboratories could be in reducing the DNA backlog.

Thank you for your time and consideration. Please respond to the separate issues of Rapid DNA analysis and better utilizing private sector laboratories either in the same or in separate communications, so as to enable the timeliest response(s) possible.