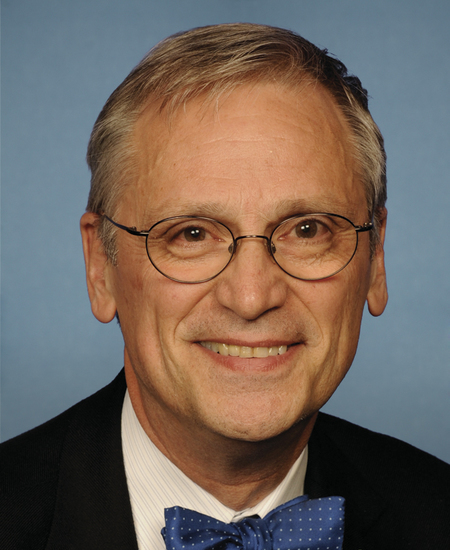 From: The Honorable Earl Blumenauer
Sent By: stephanie.phillips@mail.house.gov
Date: 1/31/2014

Ask the President to Take Action to Reclassify Marijuana

President Obama recently told the New Yorker in an interview that he thinks marijuana is not more dangerous than alcohol. Yet, at the federal level, marijuana is listed as a Schedule I substance, the strictest classification, defined as having “no currently accepted medical use” and “a high potential for abuse.” Other examples of Schedule I drugs included heroin, LSD and ecstasy. Even drugs like cocaine and methamphetamine are classified as Schedule II substances.

Over 20 states have passed laws allowing for the use of medical marijuana, and over one million people currently use it for medical purposes at the recommendation of their physician. Washington and Colorado recently passed laws allowing for the adult use of marijuana, and Colorado is one month into implementation of these laws. Nearly half of the American public has tried marijuana and a majority support full legalization. Yet, it remains as severely classified as heroin, and more severely classified than methamphetamine.

If you’d like to sign on to this letter, or if you have any questions, please contact Stephanie Phillips of my staff atstephanie.phillips@mail.house.gov, or at 202-225-4811. The deadline to sign on will be COB Wednesday, February 5th.

President of the United States of America

We were encouraged by your recent comments in your interview with David Remnick in the January 27, 2014 issue of the New Yorker, about the shifting public opinion on the legalization of marijuana. We request that you take action to help alleviate the harms to society caused by the federal Schedule I classification of marijuana.

You said that you don’t believe marijuana is any more dangerous than alcohol: a fully legalized substance, and believe it to be less dangerous “in terms of its impact on the individual consumer.” This is true. Marijuana, however, remains listed in the federal Controlled Substances Act at Schedule I, the strictest classification, along with heroin and LSD. This is a higher listing than cocaine and methamphetamine, Schedule II substances that you gave as examples of harder drugs. This makes no sense.

Classifying marijuana as Schedule I at the federal level perpetuates an unjust and irrational system. Schedule I recognizes no medical use, disregarding both medical evidence and the laws of nearly half of the states that have legalized medical marijuana. A Schedule I or II classification also means that marijuana businesses in states where adult or medical use are legal cannot deduct business expenses from their taxes or take tax credits due to Section 280E of the federal tax code.

We request that you instruct Attorney General Holder to delist or classify marijuana in a more appropriate way, at the very least eliminating it from Schedule I or II. Furthermore, one would hope that that your Administration officials publicly reflect your views on this matter. Statements such as the one from DEA chief of operations James L. Capra that the legalization of marijuana at the state level is “reckless and irresponsible[1]” serve no purposes other than to inflame passions and misinform the public.

Thank you for your continued thoughtfulness about this important issue. We believe the current system wastes resources and destroys lives, in turn damaging families and communities. Taking action on this issue is long overdue.