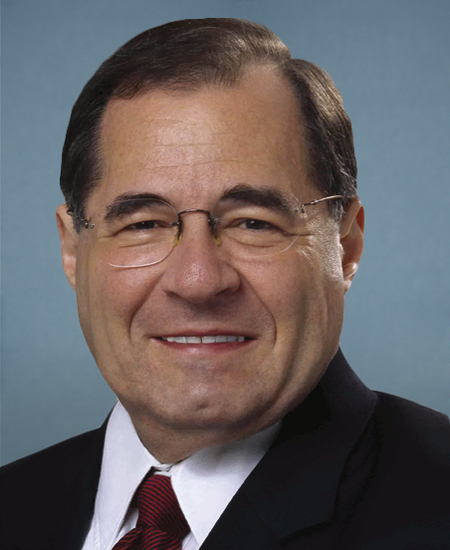 From: The Honorable Jerrold Nadler

We write to urge you to cosponsor the National Security Letters Reform Act of 2009. This bill will amend Section 505 of the USA PATRIOT Act to bring it into conformity with the Constitution, to enhance checks and balances, and to better protect our national security.

Under current law, by using a National Security Letter (NSL) Federal Bureau of Investigation (FBI) field office directors are authorized to collect in secret and without judicial approval almost limitless personal information about any American. This includes any American’s telephone and internet history,

correspondence, and records from telecommunications companies, financial institutions, insurance companies, travel agencies, car dealerships, post offices, and more. An NSL allows the FBI to demand customer records from entities not under investigation themselves. These NSLs carry the weight of the law and are issued solely on the FBI’s own assertion that the request is simply relevant to a nati! onal security investigation. Neither a judge nor a grand jury is required. Moreover, the information obtained through an NSL is not required to be destroyed even if the information is determined to concern innocent Americans.

There is ample evidence showing the widespread use of NSLs and the need for reform, including reports from the Department of Justice (DOJ) Inspector General (IG) in March 2007 and March 2008. Over 192,000 NSL requests were issued between 2003 and 2006, showing the prevalence of the use of NSLs after passage of the USA PATRIOT Act. Considering that just nine of these NSLs resulted in over 11,000 phone numbers being provided to the FBI according to the March 2007 IG report, there is a great need for this unchecked power to be fixed. Moreover, the IG’s March 2008 report explained that the FBI’s own field office analysis showed violations of the law or internal rules in almost ten percent of NSLs issued between 2003 and 200! 6, meaning that in thousands of instances the private information of Americans was either improperly requested or retained.

The March 2008 IG report also estimated that 97 percent of NSLs issued in 2006 contained a government-imposed nondisclosure requirement or gag order, which prevents recipients of NSLs from discussing receipt of the NSL. The Court of Appeals for the Second Circuit ruled in the December 2008 case of Doe v. Mukasey that provisions relating to the gag order and limited ability to change it in court were unconstitutional, further demonstrating the need for reform.

The National Security Letters Reform Act of 2009 does not take away the FBI’s ability to use NSLs. When used properly, they can be a useful tool. But we need, at the very least, safeguards in place to ensure that those targeted by NSLs are protected from unnecessary intrusion into their private lives and enjoy the due process rights afforded them by the Constitution. And, while the FBI has made some internal improvements in the way it handles NSLs since their authority was drastically expanded, statutory changes are needed to ensure NSLs are used properly and that our privacy is secure. We can achieve the appropriate and delicate balance of se! curity and liberty through measured legislation like our bipartisan bill.

Specifically, our legislation would:

· Restore the standard that the records sought pertain to a suspected terrorist or spy;

· Give an NSL recipient a meaningful right to challenge the letter and its nondisclosure requirement;

· Place a time limit on the NSL gag order and allow for court-approved extensions;

· Provide a cause of action to any person aggrieved by the illegal provision of records pertaining to that person as a result of an NSL issued contrary to law or an NSL issued based on a certification made without factual foundation;

· Give notice to the target of an NSL if the government seeks to use the records obtained from the NSL in a subsequent proceeding;

· Give the target an opportunity to receive legal counsel and challenge the use of those records;

· Require minimization procedures to ensure that information obtained pursuant to an NSL regarding persons that are no longer of interest in an authorized investigation is destroyed; and,

· Address the voluntary disclosure of customer communications or records that were obtained through so-called exigent letters.

The abuses of power by the DOJ and FBI show that legislative fixes are needed to check their overbroad and unchecked investigatory power. By requiring that NSLs be issued only after the FBI has made a factual, individualized showing that the records sought pertain to a suspected terrorist or spy, we help keep our law enforcement focused on real threats. The time for this overbroad power to be curtailed is now, and we hope that you will join us and cosponsor this legislation. To cosponsor or for additional information, please contact Andrew Ginsburg in Rep. Nadler’s office at andrew.ginsburg@mail.house.gov <mailto:andrew.ginsburg@mail.house.gov> . Sincerely,